Are you still looking for an easy solution to build simple, dynamic pages for your customers?

Hoping there is a working solution out there that you can start using right away?

Something without extensive training, that is still worth learning and investing your precious time in?

We’ve been just like you for years. Trying different things and never completely satisfied. Until we found React.js.

Using Rails views can only take you so far

Does this story feel familiar to you? You started with plain ERB/HAML views. At the beginning it was enough. The first few dynamic features were handled easily with JQuery but you hoped the customer wasn’t going to ask for more of them. You knew the code was starting to become unmaintainable and hard to understand. Easy to introduce bugs. Some of the functionality was the responsibility of the backend. Other interactions were handled by the frontend. There was no longer one single place to read and understand the code, and it became harder to manage with every feature you added.

With Rails, the first render of the page is easy. It’s just the rendered output of your controller action. But for every subsequent change to the interface and every dynamic requirement you are on your own.

With React, handling every change that must occur after user action is as easy as the first render. In fact, it even uses the same code.

This complexity of UX is not going away

Web applications are maturing and getting more complicated. They are supporting more usecases. They are being built for reasons and purposes unimaginable a few years ago. At the same time they must remain easy to use. We can’t throw dozens of inputs and checkboxes everywhere. Which means they must remain flexible and adapt to users and their needs. In other words, dynamic. That’s what business needs now - and they are looking for people who know how to do it well.

React is the first simple thing since Rails

Do you feel comfortable using Rails views and partials? It’s simple, right? You just pass the data from a controller to a view to a partial and maybe to another partial. It just works, and you can build your interface quickly that way. React is just like that, but for dynamic applications. You will feel at home and wonder why anyone hasn’t done it before.

React is solving a complicated problem for you, but the API exposed to developers is really simple. We will show you the three things you need to know to get started quickly and take you slowly from there.

React.js by example contains more than 180 pages of real-world React widget examples. In every each of them we explain various mechanisms of React and ECMAScript 2015.

You’ll learn the best practices of working with React - stubbing data with default properties, placeholder behaviour handlers and more. You’ll learn how to use the powerful React ecosystem to make your work easier. There are examples using the great React-Bootstrap library which is a set of pre-defined components from the Bootstrap CSS framework you can use.

Frontend Friendly Rails describes a set of techniques you can apply to your both new or legacy code. You’ll learn:

How to make your frontend more independent and boost your frontend-first development speed by introducing UUIDs instead of sequential IDs generated by Rails. A step-by-step, database-agnostic, legacy-ready solution is presented.

How to avoid very often headaches while migrating assets to a different domain by knowing what is CORS, how it works and how to configure it correctly in Rails.

How to stop inventing your own response formats and waste time by implementing the JSON API industry standard, making your API ready for even the wildest of features.

How to create a real-time API by implementing the real-time messaging bus and making it indistinguishable from user actions. This is the most maintainable solution I’ve encountered in the wild so far.

How to get your thinking about frontend on the higher level by knowing and understanding consequences of your frontend decisions.

How to build a modern asset pipeline using Node.js tools instead of Sprockets. This way you can use today technologies in an easy way. This is a step-by-step guide with explanations of every tool you’ll use. After the process you’ll have an environment ready for production builds, testing and using the newest standard of JavaScript. 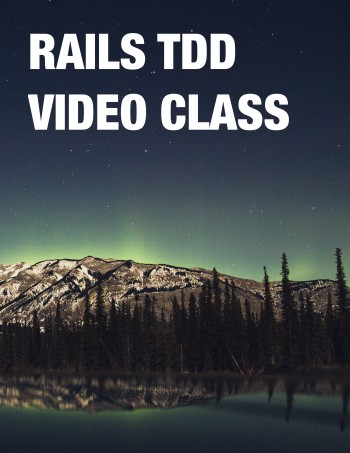 The goal of the class is to teach you how to combine Rails with TDD. Other things, like DDD and mutant are also crucial. We don’t want to show the only one and true way. We are going to present more techniques over time. Think of this class as a TV series, which is easy to consume in short episodes every day. Duration: 3 hours.

Step by step recipes that you can apply to improve your controllers.

It shows the usual problems with intertwining business process logic and HTTP concerns. It demonstrates ways to decouple those two so they can evolve separately. That makes your app easier to understand and easier to test.

We, the Arkency team, saw much. We supervised >100 Rails projects, within 8 years. We are used to big amounts of money (millions a month) involved in our projects. We saw mistakes, and what’s more - we made mistakes. But we learned from them. Now we want to share our knowledge.

Responsible Rails is a collective work, it’s written by multiple authors, everyone being an Arkency member with their own histories, preferences, and conclusions.

Thanks to Responsible Rails:

You’ll know how to communicate professionally so you do not just solve the problems, but your client knows your significance

You’ll get a step-by-step execution on how to act when accident happens, so you’re prepared for every scenario

You’ll learn about 13 real-life stories, so you don’t need to experience them. Senior developers learn from their mistakes. Smarter ones learn from other’s mistakes too.

You’ll develop good habits that will help you avoid emergencies.